Back to Our Family

Friedrich, with his parents, brother and sister, emigrated from Hamburg on Julie, arriving in New York on 25 May 1852. According to church records in Fayette County, Illinois, he was a "vorsteher" and "vorsinger" (song leader) at Immanuel. On his death records he was described as "a devout Christian, one of the best active members, if not the best." Family stories say he died of injuries from a mule accident.
Maria emigrated with her parents in 1846. The Sasse and Schukar farms were only about a mile apart in Wisconsin.

Signature of Maria from her marriage license to J. H. Goedel dated 25 August 1889.
They lived together only briefly. 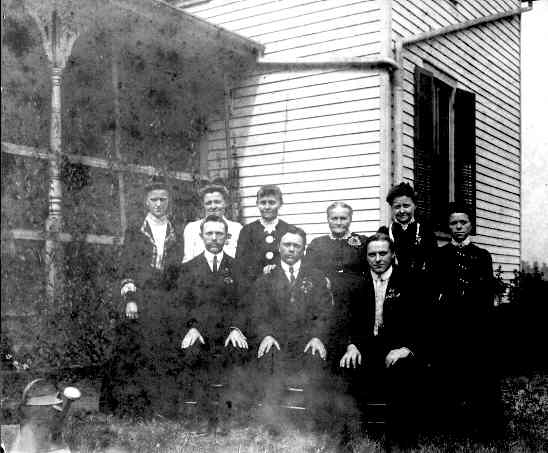